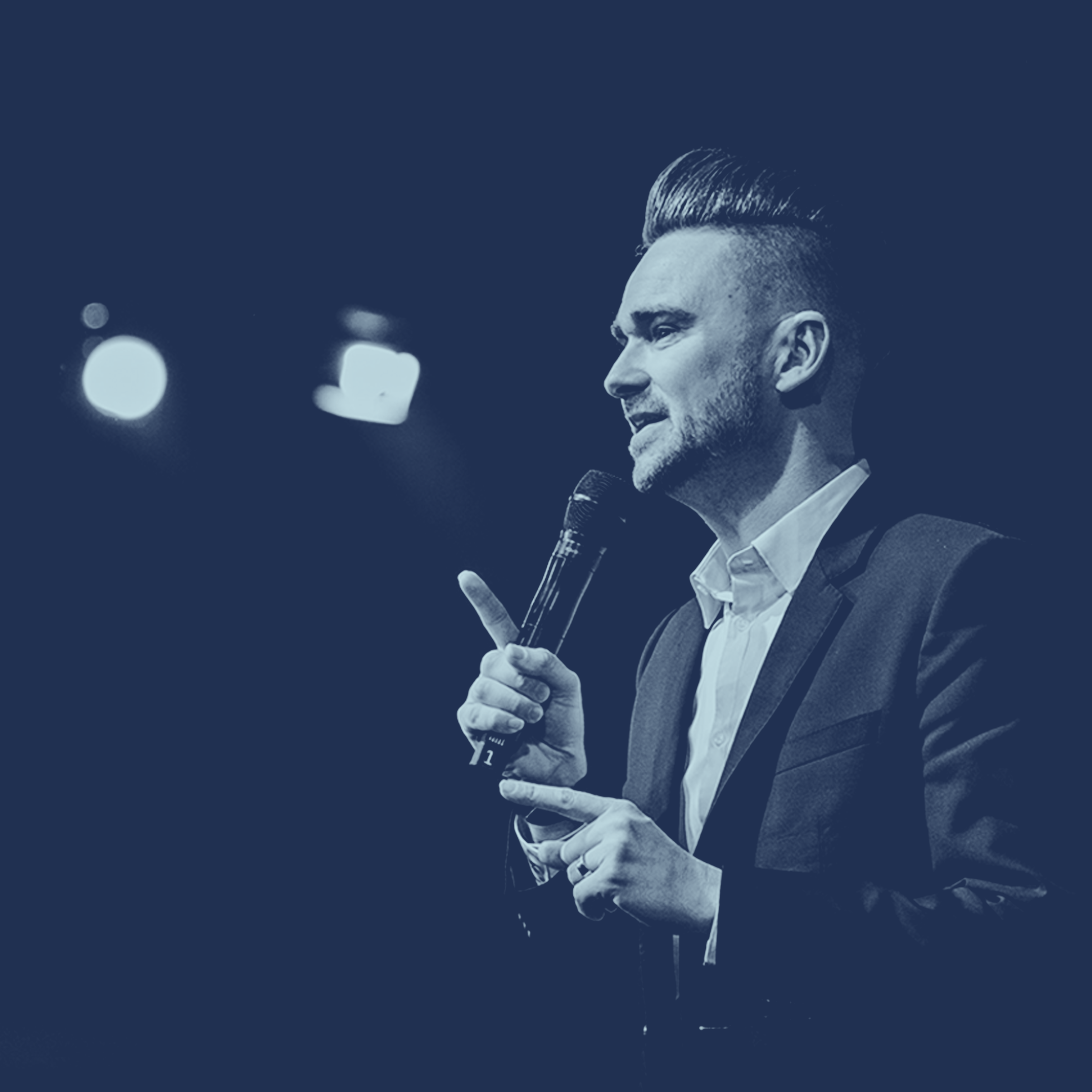 Don’t Quit in the Dip

My wife, Dianna, and I started our church when I was twenty-four years old. You have to be half-crazy to start a church at twenty-four. Well, our city was in luck because I’m three-quarters crazy, on my daddy’s side. I’m actually a fifth-generation pastor on both sides of my family. It’s like the Mafia. And to prove my crazy, at the same time, Dianna and I had four girls under the age of two. You read that right. A two-year-old. A one-year-old. And newborn twins! Obviously the Nepstads are great planners. Ha! Have you ever seen a double stroller? We had three in a triple stroller and one on a leash. Don’t judge. You do what you have to do to get by as a young parent. I was a diaper-changing machine, changing sixteen diapers a day!

We began the church with twenty-two people, and on launch weekend we had a hundred and five. God gave us a dream to reach thousands of people, and I thought in six months there wouldn’t be a building big enough to house us. Well, that didn’t happen. Reality was, we definitely had some challenges and started to feel stuck in the dip.

When we launched, the only place we could find was a cafetorium. That means we had an elementary school cafeteria with a stage. When we rolled in to set up every Sunday, it smelled like tater tots, gym socks, and that nasty box of lost-and-found clothes. Welcome to church, people! 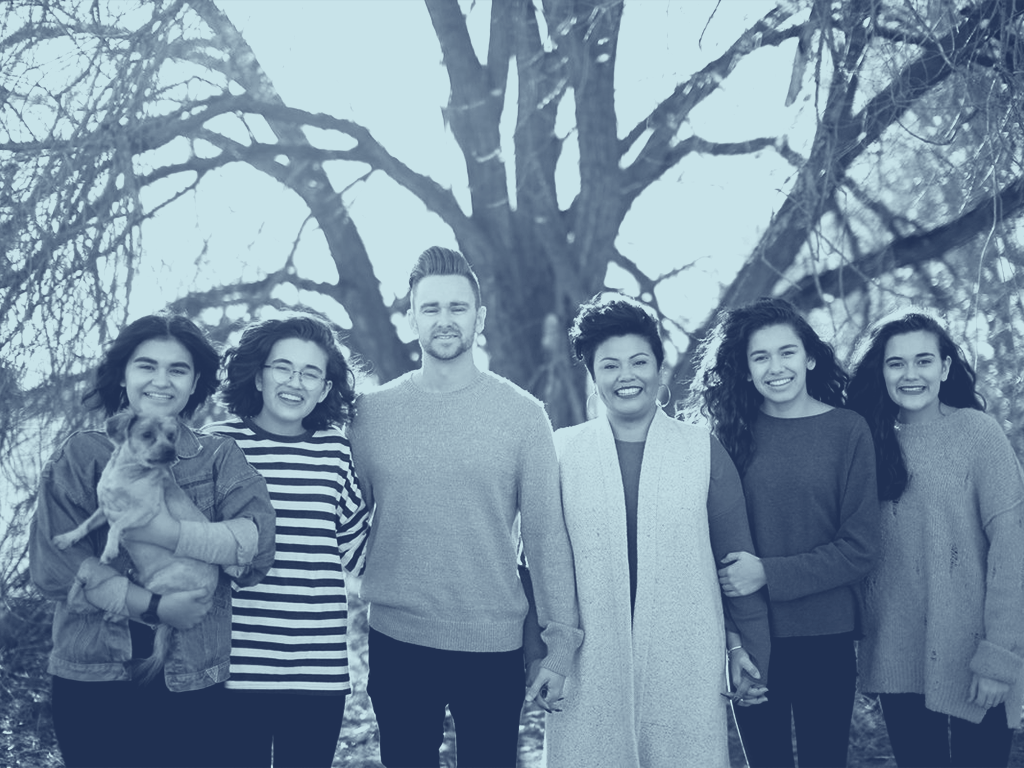 We didn’t have enough adult-sized chairs, so I headed to our local hardware store and found those white picnic chairs that you can stack up to a thousand. They had a three-dollar option and a one-dollar option. Which one do you think I went with? Yeah, I took the chair for a buck. Why would I pay two dollars more for the same chair? I bought a hundred of them. In our cafetorium, we set up the white plastic chairs in the center section and then positioned rows on the sides of our other hard, metal chairs. Our church had options.

This fiscally brilliant choice of the one-dollar chairs was working out great…until a solidly built man visited one Sunday and decided to sit in the middle section. Now, sitting in one of these white chairs was not an issue. The problem occurred when he decided to get comfortable and lean back while I was preaching. Now, these chairs are not built for that. They’re built for four on the floor. Those two back legs were straining to hold his weight and they finally gave up the ghost—right in the middle of my sermon. The chair collapsed, and so did he. Crash! His arms went flailing as gravity won yet again. They don’t teach you how to respond to this type of situation in Bible college. Not wanting to embarrass him by drawing attention, but also not wanting to ignore him, I paused and asked, “Are you okay, brother? You…you good?” I was mortified. He never came back. I know what you are thinking: You should have gone with the three-dollar chairs! You’re in good company. Dianna thought the same thing.

The dip got worse. Three months into the church, we got kicked out of the school because they needed a month to redo the flooring. We frantically searched for another school, but after we’d settled into school number two, the city made a new law. Any church renting inside a school could only be in that school for one year, and then they had to move. That’s Cali for you. So now we’re playing musical churches! We’d meet here for one year, then move. Meet over there for a while, then move. Just when we’d hit momentum, it would be time to relocate. That’s not a strategy you’re going to find in a book on church growth.

Our prayers were finally answered when we were able to graduate from the elementary school cafetoriums to a high school theater. We were so excited! But this only proved to be worse. Yes, we had a theater, but we were not allowed any classroom space near it. The kids’ classes were on the other side of this enormous campus, so by the time parents checked their children in to the classes and walked back, church would be half over. To make matters even worse, for some reason the facility’s heater was always on—even in the middle of summer! I don’t think you heard me correctly. I didn’t say the air conditioner was broken. I said the heater was on, pumping hot air…in the summertime…in California. It was like hot breath on the back of your neck. When it was 100 degrees outside, it felt like 189 degrees inside. God bless our greeters. They would still try to serve with a good attitude. Sweating profusely. Putting deodorant on their foreheads. Greeting people at the front door with a weary half-smile.

And you should’ve seen the people coming into church. They’d walk in and walk right back out. One lady said, “I love Jesus, but this feels like hell.” As a church planter, all I could do was scream, “Nooooo! Don’t go! We’ll give you a bottle of water.”

The dip was turning into a chasm. On top of our location debacles, I went into the hospital because of severe stomach pains. I don’t mean just a regular stomachache. Since the age of thirteen, I had dealt with unbearable stomach pain that would come out of nowhere. By this time, the episodes had become more frequent and more intense, to the point where I would be doubled over on the floor for six hours, writhing in pain. Nothing gave relief. One day our drummer had to physically pick me up and carry me to the car and race me to the emergency room. It got so bad that I was in and out of the hospital and losing blood.

Finally, they kept me for three weeks. I was not allowed to eat or drink anything, not even ice chips. Test after test. They put me on some medication that made me hallucinate. I dropped down to 125 pounds, and I was losing my mind. Again, this type of situation was not addressed in Bible school.

“What should we do at the church?”

I didn’t know anything. The church, my family, all of us were scared, and it felt like the dip had morphed into a bottomless pit.

I felt like time on the clock was ticking frantically to the buzzer, and the stress of not having done what I felt God wanted us to do was overwhelming me.

The doctor diagnosed me as having ulcerative colitis. It’s brought on by stress and worry. The pain was excruciating. I spoke with a mother who also suffered from this condition, and she said it was worse than childbirth. So I did what any loving husband would do: I threw that in my wife’s face. I told her, “Don’t you talk to me about pain. You don’t even know…”

On a serious note, I felt I was losing my mind, the church, the dream, my sanity. Every day, I’d cry out to God. Just when I was about to quit in that dip, God healed me, and I haven’t had a pain in sixteen years! He was right there with me the entire time, teaching me, strengthening me, and walking me through it. In fact, while I was in that hospital room, God took me deeper with Him and spoke some things to my heart, and I wouldn’t trade that season for anything. Maybe the dip you’re in concerns your physical health. I’m praying over you that Jesus will bring healing to your mind and your body. God is the great physician, and He hasn’t closed up shop.

After weeks, I was able to return to work, but our church was not completely out of the dip. Another frustration arose when our congregation grew to three hundred pretty fast but then just stopped growing. Plateaued. Stuck. No growth for seven long years. That’s 364 Sundays; 364 sermons; 364 load-ins and load-outs. We were trying everything. I thought all you had to do to grow a church was preach really hard and have good music. That might work for some people, but that was not working for us. Three hundred is a great number, but we had a dream to reach so many more people. And by the way, the wrong question to ask is, “Isn’t the church big enough?” The right question is “Who’s still missing?” Every number represents a soul. God is passionate to leave the ninety-nine to go after the one who is lost. We wanted to build a church around the final words of Jesus, to reach the world. The reason we struggled with the three hundred was because of the stagnancy. Seven years is a long time to feel like there is no growth. We were stuck in the dip.

Have you ever sludged through a season of stagnancy? Whatever the dip, you feel like there’s so much more you want to see, but you’re not seeing it. And it’s killing you. That’s exactly how I felt. It doesn’t matter the issues surrounding the dip. Stuck is stuck.

We had a dream to reach thousands of people, and we truly believed it was a God-breathed dream. We had so much in our heart to accomplish, but none of that was coming to pass. I was growing impatient. Tired. Frustrated. Angry. So much so that, in my heart, I actually threw in the towel and started begging God to show me another pastor to whom I could hand over the church. Someone who could take it where it needed to go. Just as my middle-school basketball game went, I could hear the echoes of “Three!…Two!…One!” screaming in my mind. Only this time it wasn’t the opposing team shouting it—it was me. I was beginning to truly believe the lie that it was over.

Thank God it’s not over until He says it’s over! 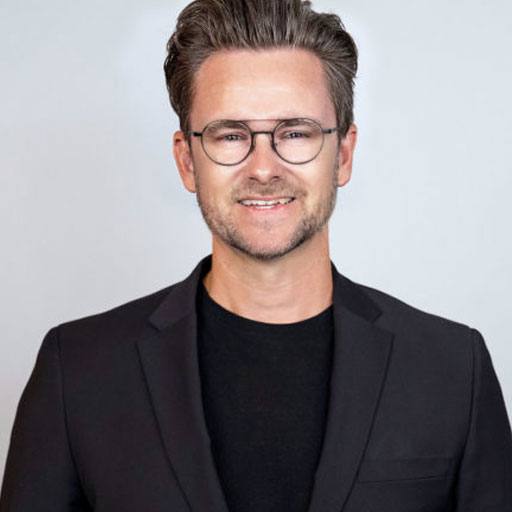 SHAUN NEPSTAD has a passion to help people who feel stuck. Through speaking, writing, and building teams, he is a sought-after speaker on leadership around the world. He and his wife, Dianna, founded Fellowship Church in Antioch, California, in 2002. Over the past nine years, the church has grown from 350 to over 5,000 in weekly attendance and expanded to two campuses. He and his wife, along with their four daughters, live in the San Francisco Bay Area. 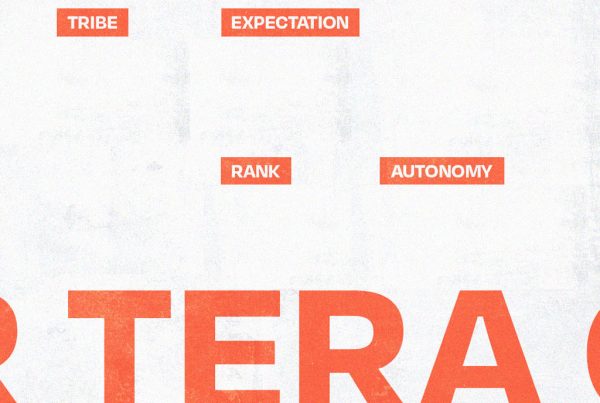 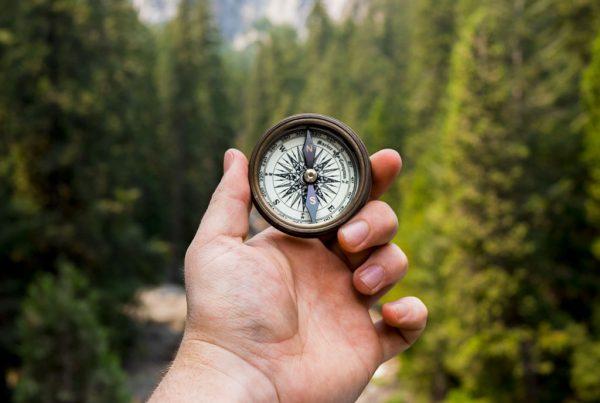 Leading Through a Crisis 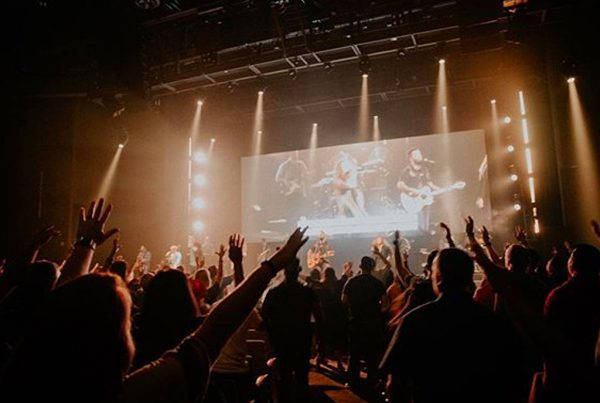 Be a Praying Church